Group Technologies and Materials for Construction

Magmatic rocks (also called eruptive or igneous, from the Latin “ignis”, i.e. fire) are formed after the solidification of magmas, i.e. of melted silicate masses containing various components (FeO, MgO, CaO, etc.) and volatile substances (water, carbon dioxide, hydrogen, methane, etc.). They constitute almost 65% of the Earth’s crust; but, on the surface of our planet, this abundance is hidden by the diffuse, although very thin, layer of sedimentary and metamorphic rocks. 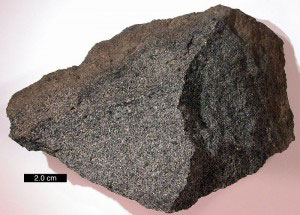 Sedimentary rocks are the accumulation of sediments of different origin, mainly by the degradation and erosion of pre-existing rocks, deposited on the Earth’s surface. This terminology comes from the Latin “sedere”, deposit. The discipline which studies and researches these rocks is sedimentology, and its scholars are called sedimentologists. 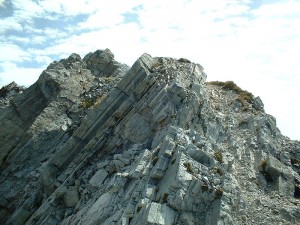 Metamorphic rocks have undergone metamorphosis processes due to their exposure to high temperatures and pressures. This process is called metamorphism. 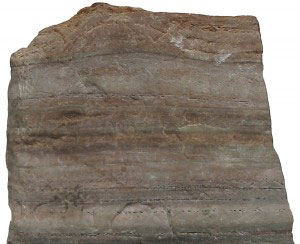 GEOLOGICAL ERAS AND THEIR INFLUENCE ON THE BERGAMO AREA

The PALEOZOIC
The northern part has the oldest rocks: they formed during the Paleozoic, starting about 300 million years ago.
The rock formations of this period mainly include gneiss, micaschists, phyllites and eruptive rocks.
In this area the land was mostly emerged and flat, affected by intense volcanic activity which lasted for about 100 million years.

The TRIASSIC
The central part of the Orobic Alps formed in the Triassic, around 200 million years ago.
Th period was characterized by cycles with shallow, warm water, in which large coral reefs formed, alternating with phases of land emergence. The rocks are mainly limestone, dolomite (corresponding to the ancient cliffs), marl and argillites. Today they constitute most of the mountains of the Bergamo area and are home to rich mineral deposits.

The JURASSIC and the CRETACEOUS
The rocks of the southern part surfaced about 100 million years ago, in the Jurassic and Cretaceous eras.
During the Jurassic era the land sank back into the sea, and chalky sludges and flints sedimented on the bottom.

In the Cretaceous, the Alps began to emerge.
Rivers carried large amounts of material to the sea which still covered the Southern Orobic Alps, forming massive turbidite deposits.
Argillite, marl and sandstone began to settle: the same rocks that are currently part of the southern area of the Orobic Alps, including the city’s hills.
The most recent formations, which emerge sporadically in the plain as gravel and sand, date back to the Cenozoic era, 65 million years ago.
The Neozoic rocks, made of alluvial deposits, are the… youngest: they are only 2 million years old; the same period of the appearance of the genus Homo, the first genetic divergence from Australopiths.